One of the interesting developments to come out of advances in technology is how new categories of products are released. Take cameras, for example. In the past, the categories were fairly set. You had point and shoot cameras for beginners and you had DSLRs for more advanced users. But then, advances in miniaturization and other new technology began to blur the lines between products for hobbyists and professionals. Phones with cameras began to rival point and shoots when it came to quality. So because of that, more people began to actively participate in taking and uploading photos. Then, you had the development of mirrorless cameras and micro four thirds cameras. These devices offered the smaller footprint and portability of point and shoots, but also higher quality and more manual control, approaching what DSLRs offer. 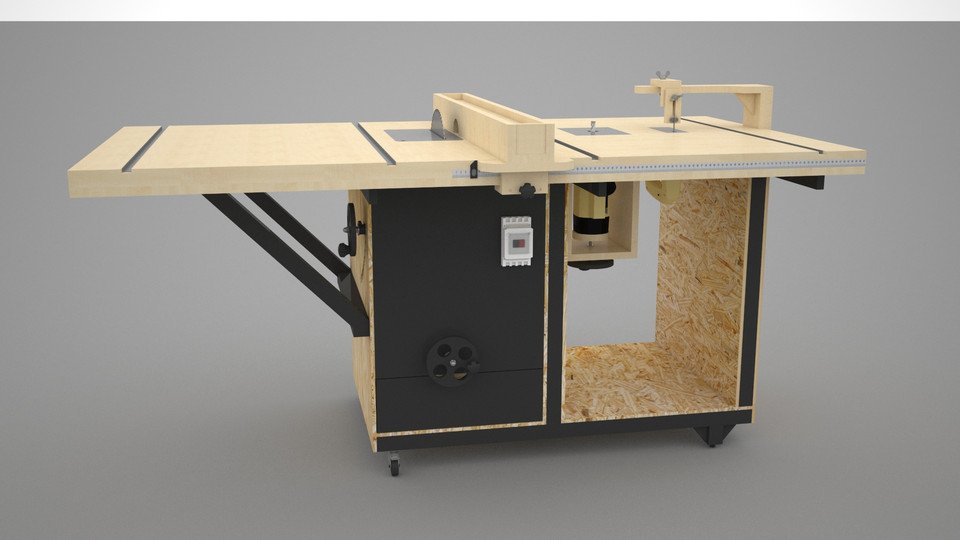 Another area where this type of development is taking place involves power tools, such as saws. If you read print magazines on woodworking or woodworking sites, you'll notice them mentioning hybrid table saws. Just as with cameras, these best hybrid table saw are causing the line between hobbyists and professionals to also be blurred. What does this mean? In the past there were generally two kinds of power saws for the workshop.

One the one hand, you had what are generally known as cabinet saws. These tend to be what many professionals use. The downside is that cabinet saws are larger and bulkier, which makes them difficult to move from place to place. So when you're choosing a location where you would like to put one, you should ideally be comfortable with that location for a long time. The upside though is that the quality and control that you get with a cabinet saw is generally excellent. You generally get more horsepower, and the design of the machine allows you finer and better control over the cutting.

Hybrid table saws also usually get compared to another category of saw, namely contractor-style saws. These are usually less expensive than cabinet saws, so they are more accessible to the general consumer. They are smaller, so they can be more easily moved around. Also, depending on the kind of job at hand, contractor-style saws may very well get the job done. That said, these contractor-style saws usually offer less power and less control. This may be a deal-breaker depending on how exactly you or your business intend to use the power tool.

Since the two main categories of cabinet saw and contractor-style saw have their pros and cons, there was demand for something that blurred the lines between the two. That's where the hybrids come in. You'll usually find them described as products offering the control and power of the more expensive type of saw, but with a price point somewhere in the middle, and a smaller overall size similar to the contractor-style saws. In the end, you will have to decide what works best for you, depending on your particular needs, as well as the constraints of your budget. At least, given that there are more categories of power saws out there, you will find that your choices and the products that you can research are more varied. So do check out hybrid table saw reviews, as well as reviews of the other two types, so that you can make the decision that works best for you.